The
largest and most detailed masterplan we have ever encountered of the Japanese
planned “ideal modern city” of Shinkyō, or Hsinking (today
Changchun, the ‘Automotive Capital of China’), then the capital of Manchukuo,
the Japanese puppet state that ruled Manchuria from 1932 to 1945; the map
showcases what was the most organized urban space in Asia, with carefully
defined and mutually supporting commercial, military, industrial and
residential zones, with ample greenspace, all laid out upon a sophisticated
geometric layout; the work published in Shinkyō
not long before the beginning of World War II, thus showing the city in a
mature and relatively complete stage in its planned development.

In 1907, two years after Japan assumed de facto
control of southern Manchuria, Japanese urban planners, working from a virtual tabula
rasa, began to transform the insignificant village of Changchun (a stop on the South Manchuria Railway (SMR), that connected Harbin to Port
Arthur) into a grand epicentre for Japanese imperialistic power
in northeastern China.  Inspired by the
plans of European capitals and ‘Garden City’ principles, Changchun became
most organized urban era in Asia, with carefully defined and mutually
supporting commercial, military, industrial and residential zones, with ample
greenspace, all laid out upon a sophisticated geometric layout.  This “ideal
modern city” would allow Japan to maximize its
control over the region and to extract its vast agrarian and mineral resources
which were desperately needed to fuel the hyper-industrialized Japanese
economy.

After
Japan assumed de facto control over all of Manchuria in 1931, creating the
puppet state of Manchukuo the following year, Changchun became the ‘national’
capital and was renamed Shinkyō (in Japanese), or Hsinking (in Chinese).  The original urban plan was greatly expanded
and, buoyed by massive Japanese crown investment and the presence of one of the
world’s largest military bases, the city’s population boomed, growing 400% from
1932 to 1939, to reach over 400,000 residents.

The
present map is the largest and most detailed masterplan of Shinkyō / Hsinking we have ever encountered, showcasing the city to scale of 1:9,000.  It was made in 1938, once most of the core
elements of Japanese grand urban plan had been realized, as the entire downtown
had been virtually completed, while the remaining areas of growth were largely
confined to the outer areas and suburbs.
The map was drafted by the cartographer Takeo Nakamura, who clearly
had access to the best official sources, including municipal architects’
blueprints and cadastral maps from the land registrar, and was published locally
by the Daishinkyo Nihonsha press.

The map clearly shows all the elements of the
integrated urban masterplan, focusing upon the well-established built-up area of
the city.  It showcases the radial
avenues and streets, railway stations and parks, as well as the delineation of
the tramlines.  Amazingly, the map
outlines and labels every large building (government offices, schools, hospitals,
army barracks, major commercial establishments, etc.) and defines every single
cadastral lot, noting their street number.
The distinct land use patterns, combined with the labelling of the major
buildings reveals Shinkyō / Hsinking’s strict and mutually supporting commercial,
military, industrial and residential zoning.  Some new neighbourhoods, still under development,
are visible in the lower left and upper right parts of the map.

The city’s twelve inner city wards are all outlined in
their own attractive pastel hues, while the inset map in the lower left corner
shows an overview of the inner and the five suburban wards.

A
Note on Rarity

The
present map is very rare; while small scale maps of Shinkyō / Hsinking appear from time
to time, the survival rate of large format plans, as here, is quite low.

We
can trace only a single institutional example of the present map, held by the National
Diet Library (Tokyo).

Shinkyō / Hsinking
(Changchun): The Japanese “Ideal Modern City” in the Heart of Manchuria

Changchun (later for a
time Shinkyō / Hsinking)
was an unremarkable Manchurian village until 1898, when the southern branch of
the Russian-built Chinese Eastern Railway (CER) (later known as the South Manchuria Railway (SMR)) which connected Harbin
to Port Arthur (today the Lüshunkou District of Dalian) passed thorough it (Manchuria was then under de facto
Russian control).  The town, which was
considered to possess a fine natural physical location, grew quickly, anchored
by its railway station at ‘Kuancheng’.

Following the Russo-Japanese War
(1904-5), whereby Japan throttled Russia, Japan was given control over Southern
Manchuria, with Russia retaining control over the north.  Changchun lay along the frontier between the
Russian and Japanese zones of influence.

Japan had grand ambitions in
Manchuria, for its hyper-industrialized economy desperately needed the region’s
natural resources (grains, timber, coal and other minerals), as well as a
source of cheap labour in the form of the region’s unfortunate locals.

The Japanese recognized Changchun to
have an especially advantageous strategic location for marshaling resources and
serving a military base with which to supplant Russia from all Manchuria.

The Japanese managed to assume
control of the entire Changchun area, pushing aside the Russians and ignoring
the wishes of the Chinese Qing regime that still had de jure sovereignty over
Manchuria.  Thousands of acres of land
were expropriated from local farmers to create a virtual tabula rasa for
the Japanese to build what they envisaged as a grand “ideal modern city”.

Beginning in 1907, the Japanese
dedicated their best urban planners to Changchun to create a large colonial
epicentre that could fulfill multiple functions.  Influenced by both Hausmann’s 19th
century redesigns of Paris and modern ‘Garden City’ principles, the planners
anchored the city plan on the main railway station, with sectors of eight radial
avenues emanating from it, forming sectors of even gridded streets.  The city would be extremely organized, with
its functions carefully placed in relation to each other, with 15% of the city
dedicated to residential purposes, 33’% to commerce, 19% to grain depots, 12%
to factories, 12% to public entertainment, 12% for the military, and 9% for the
civil administration.  The boulevards
would be wide and tree-lined, with the built-up areas broken up by numerous
large parks.

The city quickly took shape as planned, with the
Japanese spending an average of 7 million Yen per annum between 1907 and 1931 –
then an astounding sum!  A new form of
architecture was created that merged traditional Japanese, Manchurian and
Chinese elements with contemporary international Art Nouveau (and later Art
Deco) influences.  In 1919, Changchun
became the headquarters of the special Japanese force in Manchuria, the Kwantung
Army.  By 1931, the city occupied an
urban construction zone of 3,967 km2 (1,532 sq mi),
with one of the world’s largest military bases and no less than 18 police stations.

In 1932, Japan took over all of Manchuria, creating
the puppet state of the Empire of Manchukuo, that was in effect a colony under
the direct control of Tokyo.  Changchun
was made the capital of the new state and renamed Shinkyō, literally “New Capital”,
or Hsinking in Chinese.

Over the rest of the ’30s, the urban master plan was
expanded and fully realized, as the Japanese invested massively to create a
city that they could entirely control.
Extremely grand government edifices in the new style were constructed,
such as the Imperial Palace of Manchukuo (the home of the puppet Emperor Puyi), and the Eight Major Bureaus of
Manchukuo (which survive the present day); some of these sites are photographed
on the verso of the present work.  Major
tree planting operations were carried out which made Shinkyō one of the greenest urban spaces in Asia.  The present masterplan shows the city in
1938, when its urban plan was quite mature.

Shinkyō / Hsinking was
an incredibly orderly and, on the surface, pleasant place, but this masked the
horrific regime of repression, slave labour and police surveillance that the
ethnic Han Chinese and Manchurian residents was subjected to.  The best residential areas and services were
reserved for Japanese officials and colonists, while everyone else endured much
lower living standards.

Throughout almost all of World War
II, the Japanese were so confident of their ultimate victory that they
continued to invest heavily in Shinkyō / Hsinking, expanding
the city and making it into one of the world’s largest military bases.  By the early 1940s, the built-up area
accounted for 80 km2 (31 sq mi),
plus formal greenspace areas which took up an additional 70.7 km2 (27.3 sq mi).

However, the city became overweighted with respect to
the military and administrative presence, viz. the intended urban plan, with
the commercial and manufacturing sectors remaining comparatively small.  As a result, Shinkyō / Hsinking
was something of an artificial society, buoyed by state money, as opposed to an
organic social-industrial environment, as was the case in other large Manchurian
cities, such as Harbin and Mukden (Shenyang).

Upon Japan’s
defeat in World War II, in the late summer of 1945, the Japanese soldiers and
colonists beat a hasty retreat, with the city being taken by the Soviets, who
remained until 1946, returning the city’s name to Changchun.  After that point, the Chinese nationalists
(Kuomintang) took over Changchun, while Manchuria became one of the great fault
lines in the Chinese Civil War.  The city
was surrounded by Chinese Communist force for five months in 1948, in what
became known as the Siege of Changchun.
Between 150,000 to 330,000 of the city’s residents died, mostly from
starvation, in what was one of the greatest atrocities of the conflict.

Following the
Communist victory, Changchun recovered somewhat and was made the capital of
Jilin Province, while heavy investment made it the ‘Automotive Capital of
China’.  The city benefitted from its
orderly layout and faired relatively well through the otherwise dark Maoist
era.

Changchun took off economically in
the 1990s, became a world-class research centre, while producing 9% of China’s
automobiles.  The population has boomed
to today reach almost 5 million in the city proper, with over 9 million in the
greater metropolitan region. 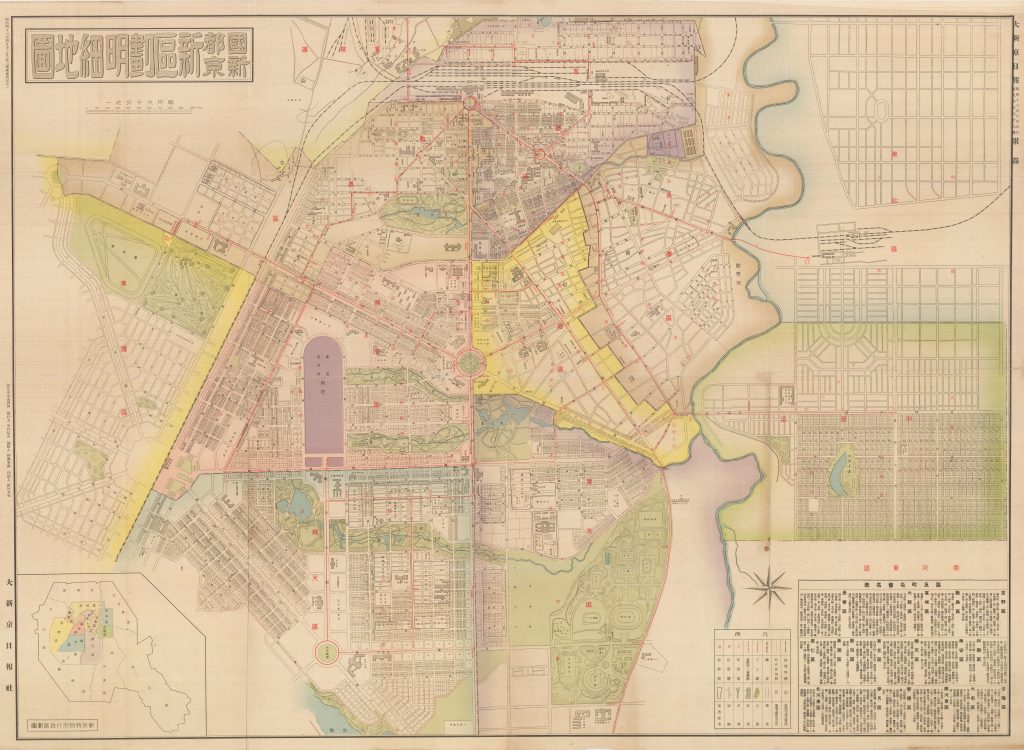 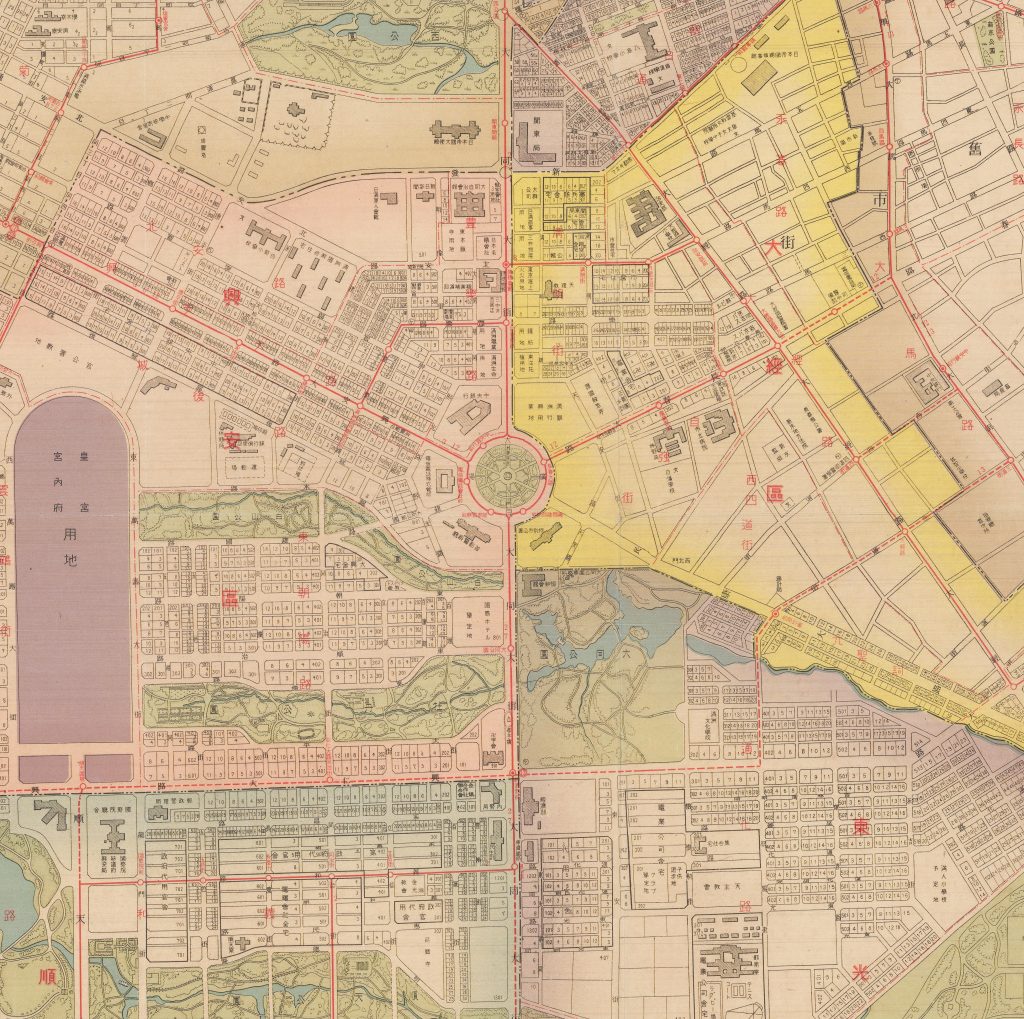